There are few decisions in life as important as choosing the right criminal defense attorney. Call Adam Stout for a free consultation. 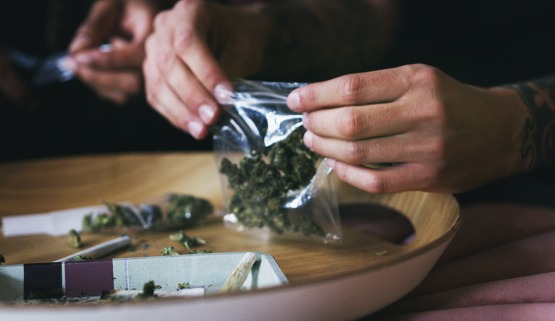 Florida is infamous for having notoriously harsh drug penalties. While law enforcement has relaxed a bit about enforcing simple possession of marijuana with the introduction of medical marijuana and legal hemp, a drug charge conviction can still have a detrimental impact on a minor's future. The justice system tends to be strict towards minors who use drugs to deter other young people from engaging in the same behavior. Criminal convictions for drug offenses can tarnish a minor's record and hinder their ability to get college scholarships or find employment.

In Florida, marijuana possession charges are based on the amount of cannabis the accused possesses when arrested. Possession of fewer than 20 grams of marijuana is known as "simple possession" and is considered a misdemeanor offense. Juvenile courts will likely handle first-time misdemeanor possession charges in Florida, which is ideal because juvenile court punishments aren't as harsh as those in adult court. Alternatively, possession of more than 20 grams of marijuana is a felony offense, carrying stricter penalties and the possibility of being tried in adult court.

Specific punishments for simple possession of marijuana will vary from case to case. Some common penalties juvenile drug courts may impose include the following.

Penalties for charges involving more than 20 grams increase dramatically, elevating to a third-degree felony. For possession of 20–25 grams, punishments can include up to $5,000 in fines and up to five years of jail time. Additionally, the severity of marijuana possession charges can be influenced by factors other than the amount of cannabis. Florida Statute § 893.13 stipulates, for example, that the penalty for drug possession increases when the illegal act occurs between 6:00 a.m. and midnight within 1,000 feet of a school or other child care facility.

In Florida, juvenile records may be sealed if the offense is non-violent. Fortunately, the majority of simple possession charges don't involve violence. However, keep in mind that, before filing for the court to seal their record, minors must finish their probation sentence as well as satisfy all other court requirements, including paying any fines and court costs. Then, after six months, families can request the court seal the minor's record.

How Our Defense Attorney Can Help

Juvenile marijuana offenses can have serious consequences. Conviction as a juvenile may limit future employment and educational opportunities, result in lost scholarship funds, or even lead to jail time. Fortunately, Adam Stout's former role as a prosecutor provides him with unique insight into how state prosecutors deal with juvenile cases. His background, coupled with the meticulous and personalized approach he brings to each case, has assisted many juveniles battling to reduce or dismiss marijuana offense charges. Contact Stout Defense, P.A. today to schedule a consultation with our experienced juvenile attorney!