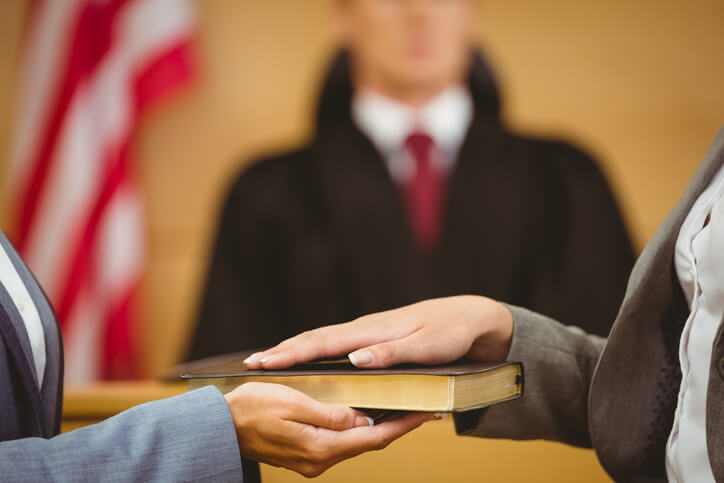 How To Be A Great Character Reference

Good people can make mistakes or find themselves in the wrong place at the wrong time. If someone you know has been charged with a crime, he or she may ask you to serve as a character witness. Your responsibilities may be as simple as writing a short letter of reference, but your role can make a difference in how your friend or family member is seen and treated by the legal system. So it’s important to do the job right — if you choose to accept it at all.

Be Sure You Know The Person Well Enough

Ask yourself if you really feel confident vouching for the accused person in a court of law. Also, be sure you understand the charges against him or her and why they’re being charged. The court puts more value on detailed letters with specific information about a person’s character and usual behavior, so be sure you’re able to provide these.

Establish Your Credibility With The Court

If you write a letter of reference, use formal, respectful language; you want the court to see you as respectable and trustworthy. Even if you feel the charges against the defendant are unfair, refrain from complaining about the legal system or the court — it’ll only work against you and the person you’re trying to help.

Explain Any Mitigating Factors Related To The Crime

It’s important to show that you’re aware of the charges against the person and how they came about. If you are aware of any mitigating factors relevant to the charges, you should explain them in detail. For instance, if you’re acting as a character reference for a coworker charged with a DUI, you could mention that they had been regularly attending Alcoholics Anonymous meetings or undergoing counseling for problem drinking. This will show the court that your coworker is a responsible person who acknowledges a problem behavior and has been acting to correct it.

Establish Your Relationship To The Defendant

Introduce yourself and explain your relationship to the defendant (for example, explain that you’re a friend, teacher, or coworker). Describe how long you’ve known the defendant and how you’ve interacted in the past. Also describe specific examples of the defendant’s good character — the more detailed, the better.

Explain The Negative Consequences Of A Conviction

If you can, try to convince the court of the negative impact of a conviction on the defendant’s life.  You could describe, for example, how a conviction would derail your friend’s education or how it would leave his or her family without a breadwinner. In short, you should try to describe the person as a contributing member of society whose contributions would be curtailed by a conviction.

When acting as a character reference, it may be tempting to act outraged on your friend’s behalf or to offer suggestions to the court you may consider helpful. But before you do, think twice — you may make matters worse, rather than better. In general, avoid mentioning anything irrelevant or that can put the defendant’s character — or yours — into question. For instance, avoid any of the following:

If someone close to you is charged with a criminal offense, you want to do all you can to be supportive, and acting as a character reference is a simple and constructive way to help out. But even more importantly, you should also be sure your friend or family member has a savvy criminal defense attorney in his or her corner. Friends don’t let friends navigate the criminal justice system alone — Adam Stout is a respected criminal defense attorney known for going the extra mile for his clients. Call him today to ensure the strongest possible defense.